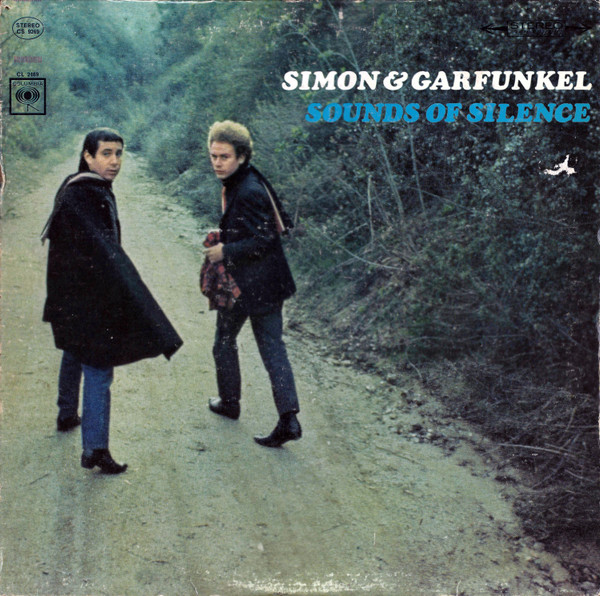 First US stereo release.
Front cover has Simon & Garfunkel in white lettering and Sounds of Silence in blue on one line underneath. No song listing.
Later stereo issues had the songs listed on the front cover.
This stereo version includes Tiger Beat magazine in the group pictures on the back cover.
Later versions have the Tiger Beat image airbrushed out.

Red Columbia label with white «360 Sound» lettering, and the word «NONBREAKABLE» to the left of the hole.
(At the start of 1967, in January, Columbia stopped including this word on its labels, so ALL labels without it are post-late 1967 pressing).

This is a genuine very first-run pressing of this title, because it also has the word «MASTERWORKS» in the rim text at the bottom label, used by Columbia for a very short time, between c. December 1965 and c. January 1966.
(Confirmed for STEREO labels only, no known MONOs with such rim print).

Track A6, «Angie,» is not misspelled and correctly credited to B. Jansch. The back cover spells it correctly as «Angie» but still credits it to Davy Graham.